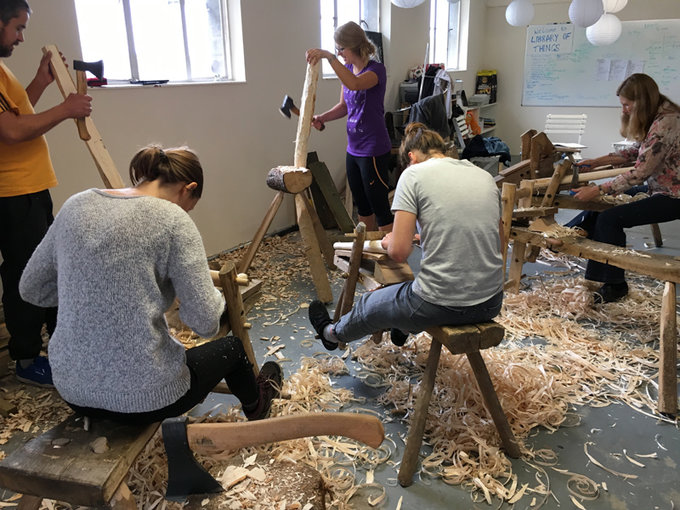 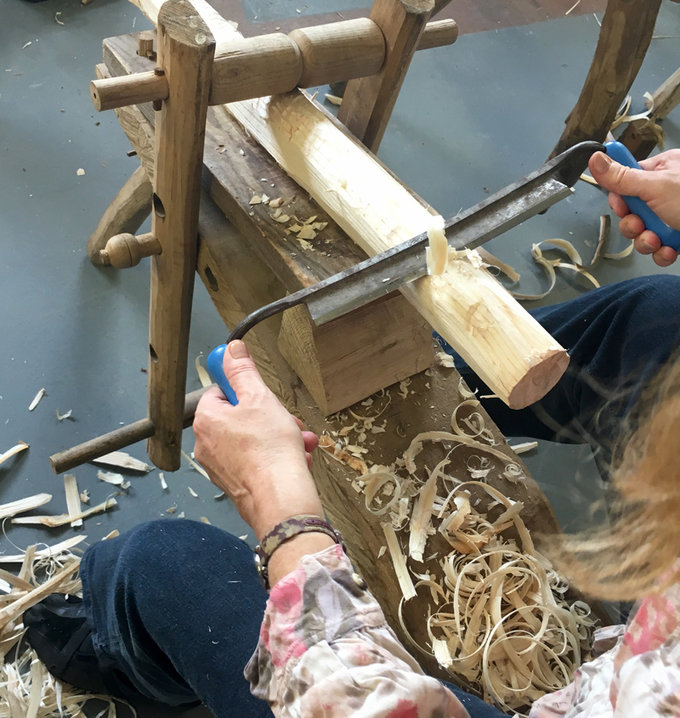 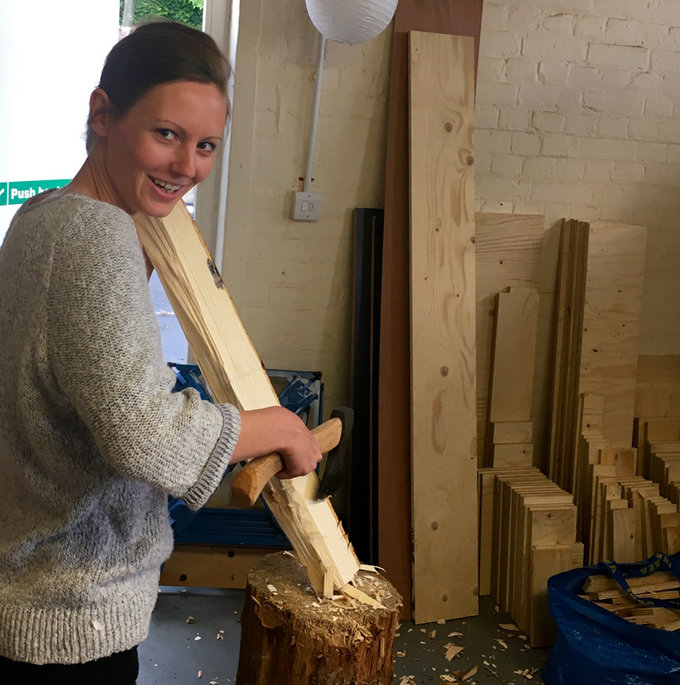 Woodworking with the Library of Things

There are few things I find more satisfying than getting new people hooked on the joys of working with green wood.

Whenever I run a course or a workshop, I find myself tuning in to the hush of concentration that descends when people are trying out new skills for the first time and getting entirely absorbed in the task. I think back to the first time I was introduced to the craft in the woods of Herefordshire in 2005 and remember how life changing that was for me.

I reckon after last Saturday’s workshop for the Library of Things in West Norwood, south London, I might well have won a few new converts to the church of green woodwork.

The workshop had been on the drawing board for quite a few months, ever since Bex Trevalyan, one of the Library’s co-founders, suggested I might like to run one of the Maker Days she was planning to involve members of the local community in the day-to-day goings on at the Library.

A bit of background: Library of Things is an inspiring new social enterprise that Bex and her dedicated friends, Emma and Sophia (and many more besides), have been toiling away for a couple of years to set up. It’s based on the idea that there’s stuff – household items, DIY gear, sport or camping equipment etc. – that you sometimes need but don’t necessarily need to buy.

This is where the Library comes in. They’ve got a large and growing catalogue of useful things that you can borrow for a small fee to save you having to buy something you only need maybe once or twice a year and then chuck away in the next spring clear-out when it’s no longer deemed necessary. Simple but brilliant!

The other really great dimension of the Library is that it’s firmly rooted in its local community and encourages all and sundry to get involved and make it more than the sum of its parts.

After Bex and I realised green woodwork, community engagement and the sharing economy might just be ideal bedfellows, we decided the most apt project would be to make some tables for the Library’s event space, where great things are planned later in the autumn and into next year.

We amassed materials from various places. One fairly unusual source we found was one of the Lambeth cemeteries, from where we managed to pillage some bits of green oak (strictly legit, mind). I brought in some lovely ash from my supplier in Surrey. And we acquired a few planks for the tabletops from the Remakery, another of the brilliant local community enterprises that makes this area of London the best part of town to live in.

The task last Saturday was to make the components for two pairs of green-wood trestles which will form the bases of two long tables.

This involved getting stuck in to some traditional woodworking activities – axing, drawknifing and spokeshaving. As usual at this stage of the making process, there were plenty of shavings and axe chips flying around. But by the end of the day we had a batch of lovely legs and stretchers made, and I think it’s fair to say everyone taking part was well and truly addicted.

In a couple of weeks we’ll put the components we made together to form the bases, which will be used by the West Norwood community hopefully for many years to come.

They will be strictly not for borrowing however!

If you’re interested in getting involved in Part 2 of the Library of Things Maker Day it’ll be held on 5 November between 10 and 5 at the Library’s home in West Norwood. You can sign up here and it's absolutely free.