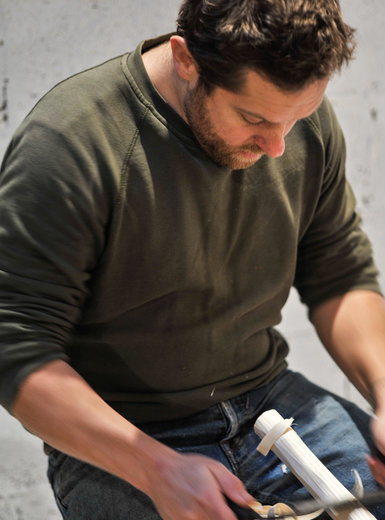 The story of green woodworking reaches back probably as far as mankind's relationship with timber. The term itself is a relatively new one, coined sometime in the latter half of the last century to distinguish it from what by then had become almost the universal method for working wood, certainly in industrialised societies, in which timber is cut, planked and seasoned before being worked. While this method is fine in its own way, it favours mechanised processes more suited to what by the time it comes to be fashioned has become a hard, unforgiving material.

At the opposite end of spectrum is the practice of what is now known as green woodworking. In essence this means working with wood in its rawest, unseasoned form - straight from the tree, ideally. It's a wonderfully connective way of handling this most natural of materials; the softness of the timber, relative to its seasoned counterpart, enables the simplest of handtools tools to be used, closing the gap that machines inevitably create between maker and medium.

All my furniture starts this way - as a log, as far as is possible freshly cut from the woodland. Aside from the practical advantages of using material in this form, as previously described, an added benefit is that it sustains the ancient practice of coppicing, a sustainable method for managing woodlands in which trees are cut, allowed to regrow again for a period of time, before being harvested once more - and so on. I do use seasoned planks for certain elements, such as chair seats. But my stock material is green timber from native English hardwood trees: ash is my number one, but I also use oak, cherry and beech, among others. 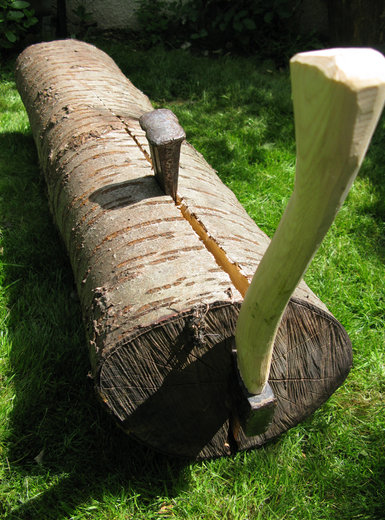 Making something from green wood generally starts with splitting or cleaving the timber. Unlike sawing a plank, cleaving ensures the fibres that run the length of the tree are retained intact and the timber is very tough.

It's then a case of fashioning the timber with a range of sharp hand tools, such as the axe (right), drawknife (above) and pole lathe (below, left). Other tools I use include the adze (below, centre) for rough-shaping chair seats and travisher (below, right). 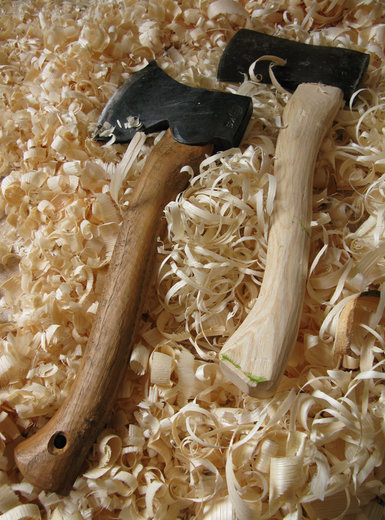 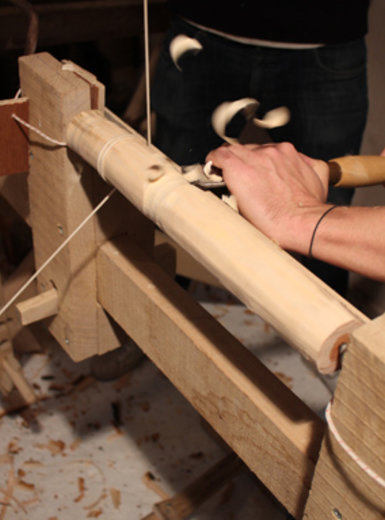 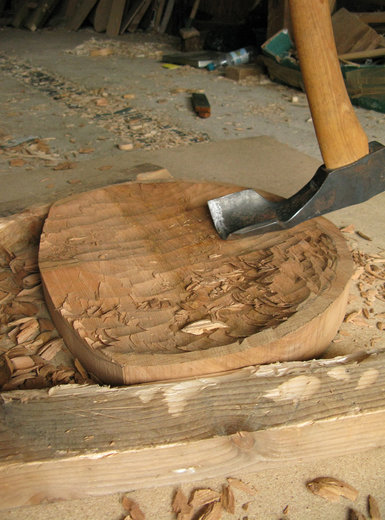 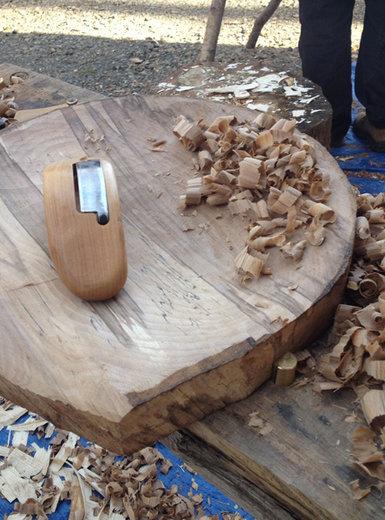 My own involvement with green woodwork is a little less ancient. For a long time I'd been fascinated watching demonstrations at craft shows by skilled craftsmen and women of some of the old woodworking techniques. Many of these had been close to dying out after the Second World War but happily have seen a revival over the past three or four decades.

I was particularly drawn to the pole lathe, a foot-powered device used traditionally to turn the legs and other round components found in Windsor chairs. Eventually I got around to signing up to a week-long chair-making course in Herefordshire with Mike Abbott, one of the leading recent exponents of the craft and a key figure in the revival of traditional woodworking techniques. Predictably I was hooked, and jumped on the chance of returning to Mike's workshop in the woods the following year to work as his assistant for a season.

I'm forever grateful for this opportunity, as it gave me the chance to learn the craft in depth from someone with a huge amount of knowledge. Since my time with Mike I've been honing the skills I learned from him, learning more from others and developing my own ideas and approaches to the craft. I'm not a purist. I have a couple of machines in my workshop, and I use a chainsaw for the initial processing of the raw material. But the essence of what I do is still rooted very firmly in practices developed over thousands of years. In today's tech-heavy society, in which manual skill is becoming less and less valued, the perpetuation of these skills is to my mind becoming ever more important.

And you can make lovely stuff with them too! 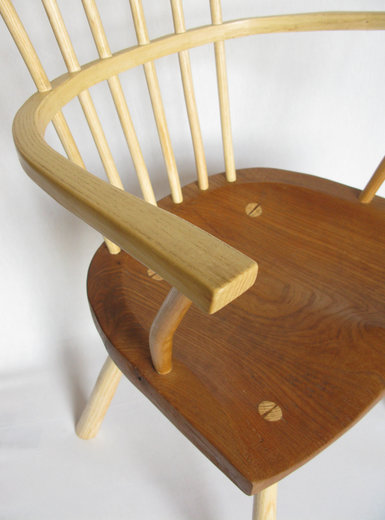