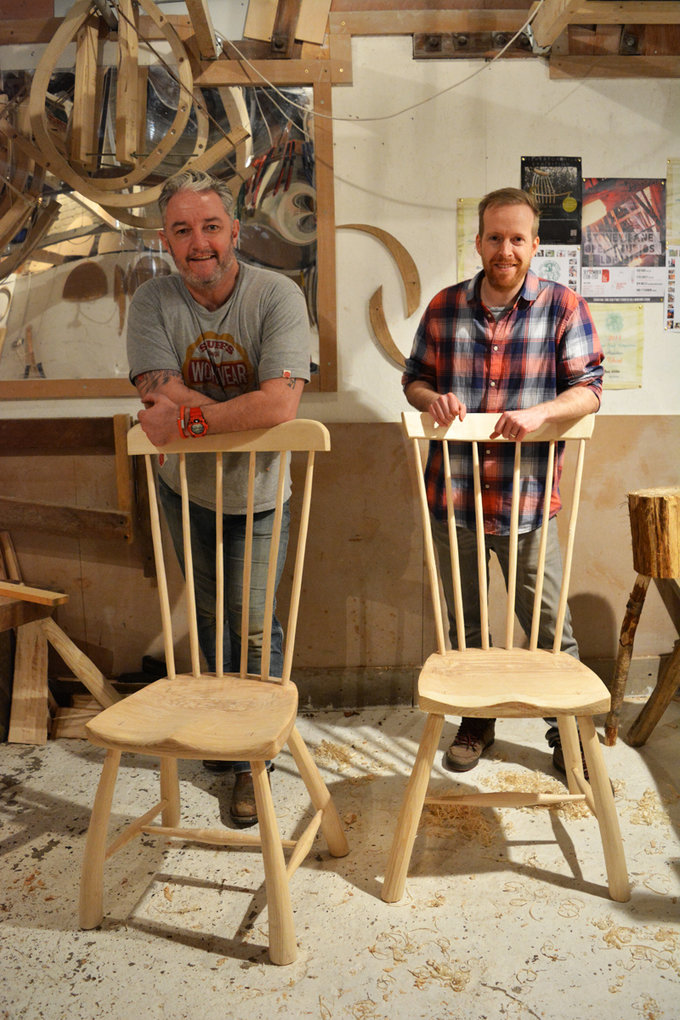 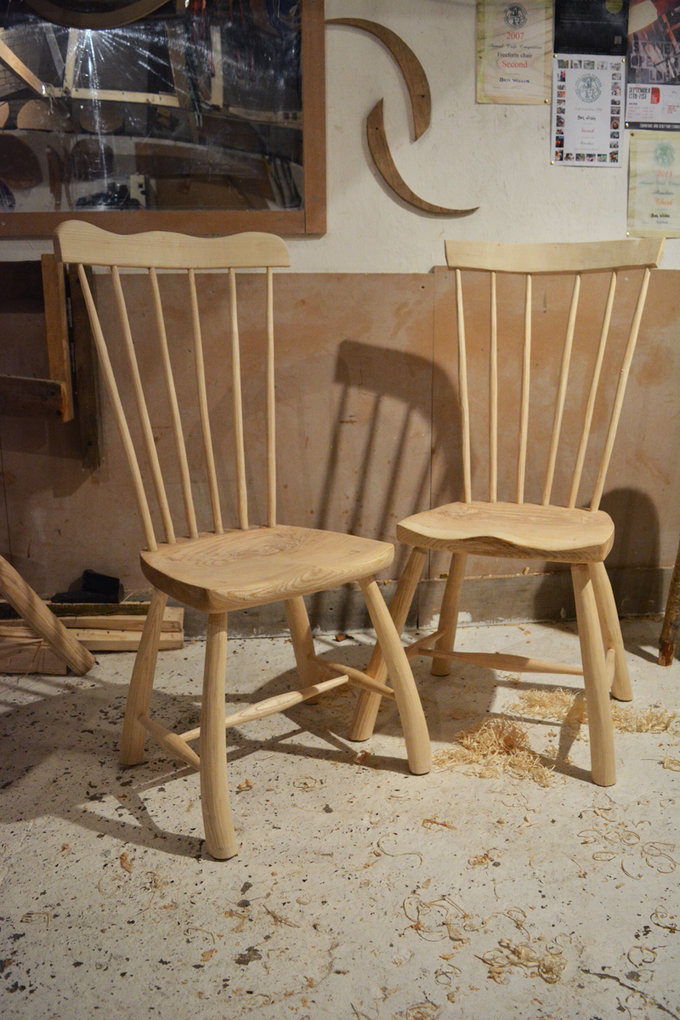 Well done to these two blokes.

Back in October Crystal Palace locals Alan, right, and Terry became unwitting guinea pigs for my first London chair-making evening course. Ten weeks on, after dedicating their Thursday evenings to wood, they have emerged, relatively unscathed, with a beautiful Windsor chair to show for their efforts.

The design is based on one of my own that I developed a couple of years back as a simple but elegant side chair. In my prototype, which you can see here, I have turned all the parts on a lathe (except the ‘lightning bolt’ stretcher, which has kind of become a little recurring motif in my chairs). But with some nice curvy bits of ash in the woodpile, Terry and Alan opted to go for a free-form style, using the natural shape of the timber to very pleasing effect in their legs.

An added bonus was that I was able to source some lovely seasoned ash boards for the seats from The Timberyard, which apparently came from a tree felled only a short way down the road in Crystal Palace.

I’m really pleased with how their chairs have turned out. I’ve no doubt Alan and Terry learned a huge amount in the process, and I did too. Although I’d mapped it out all carefully on paper, I wasn’t sure achieving pieces like this would be possible in the time available. But it shows how, although it’s nice to take time making a chair over a more relaxed week-long course, say, it’s also possible to achieve amazing things in the short, focused bursts of productivity of the evening-course format. Much better than sweating it out in the gym!

So thanks to Terry and Alan. You’ve been great students and helped me prove the concept. I’m planning more of these in 2017 and will hopefully be adapting this model to other styles of chair in the not too distant future.

You could make one too!