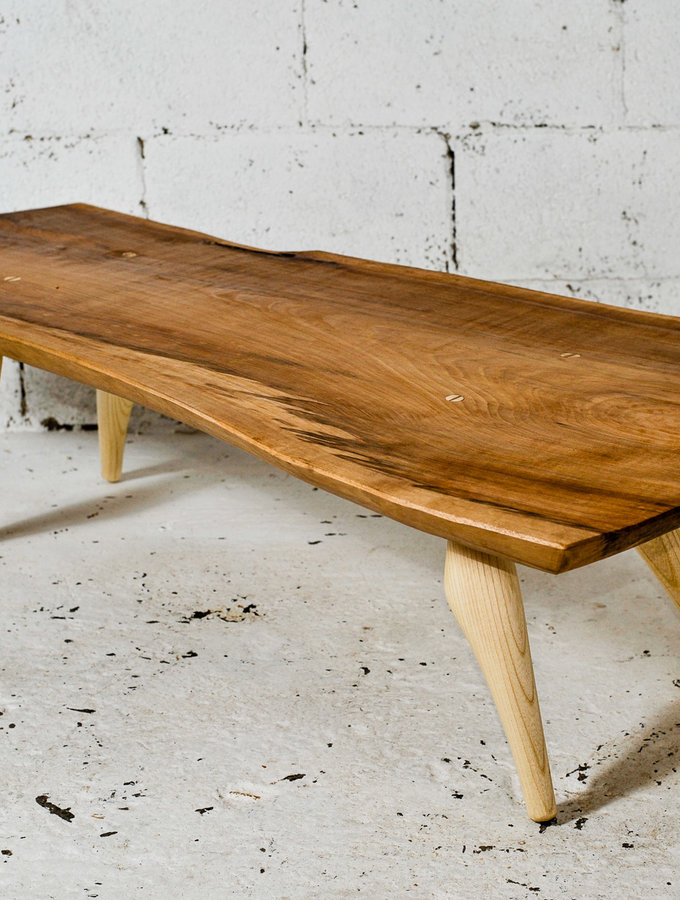 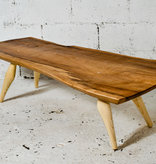 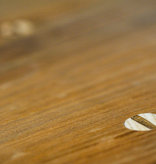 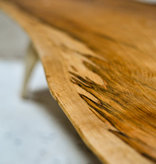 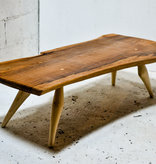 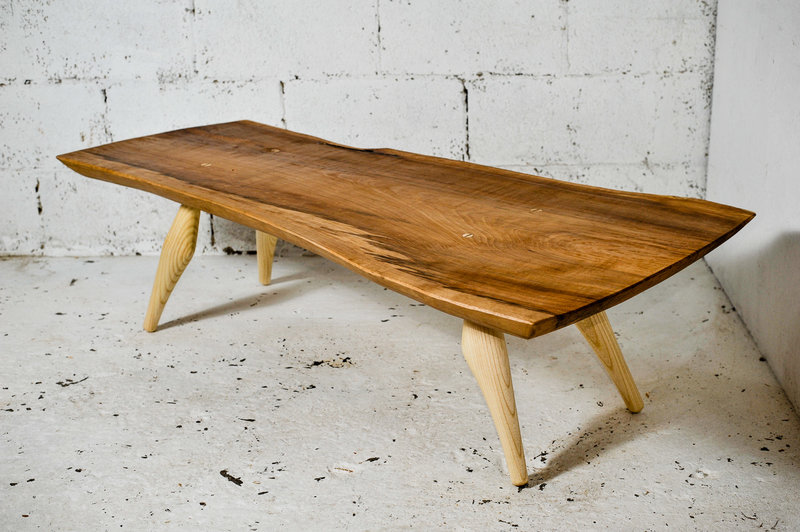 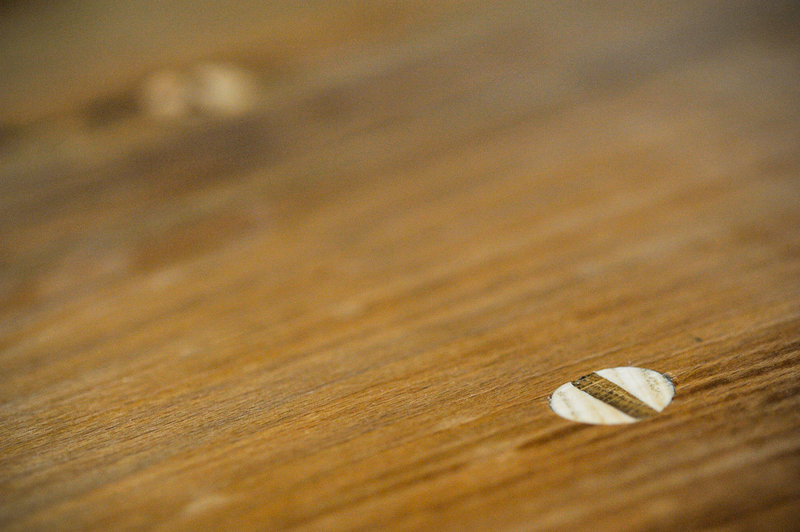 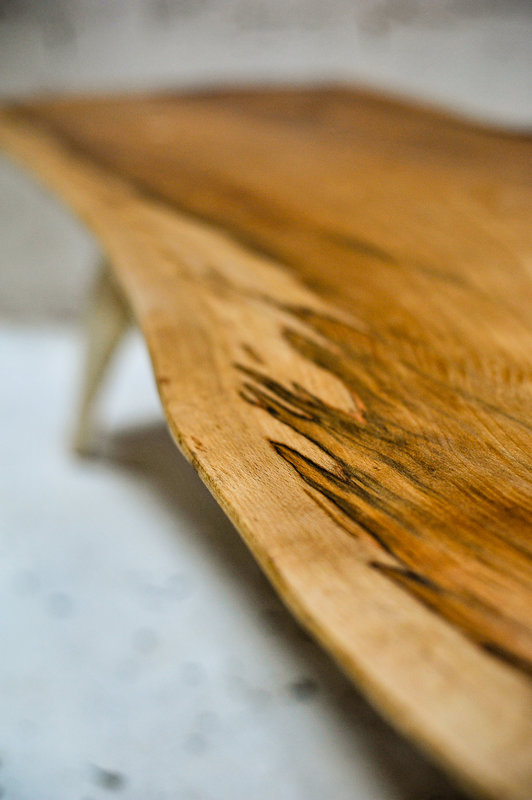 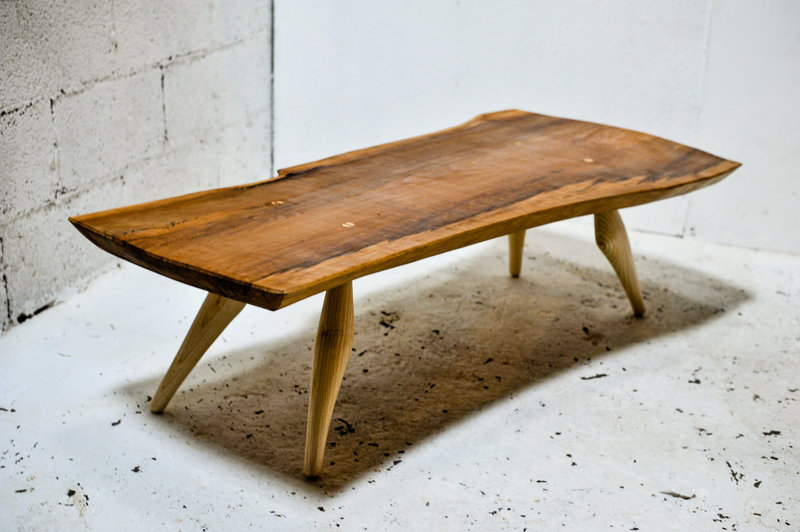 Part coffee table, part sculpture this striking piece is made of a single slab of heavily spalted beech sourced from the Welsh borders. The spalting, caused by a now-inactive fungi that entered the tree after it came down in a storm, has created a beautiful marbling effect in the timber, which appears as a flame-like figure running through the grain.

The legs are formed of sculpted ash jointed to the table top via a wedged mortise and tenon joint traditionally used in Windsor chair making.